No Gods No Masters by Garbage OUT NOW! (CET) 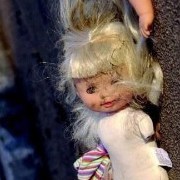 by A MESS
June 10 in Entertainment News