How Do You Picture the HMH Performance?

I imagine her seating at a piano with a long white dress, performing a soft version of the song for 1 minute, to then stand up, rip that dress off to reveal a red and black suit and start singing Bloo

Then Rihanna joins the stage to sing Lift Me Up and they switch it to Sex Dreams and Gaga says “I heard y’all wanted ARTPOP Act 2 here’s to 10 years of this album, listen to all the brand new songs at 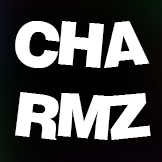