Lady Gaga is set to return to Las Vegas this fall !

by danbekim
July 20 in News and Events

Lady Gaga is set to return to Las Vegas this fall. Enigma + Jazz & Piano will be one of the first shows to return to the Park Theater in October, via The Las Vegas Review-Journal. Thoughts? 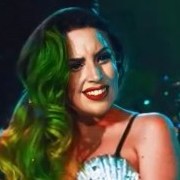 the revamp in question just kidding I love Enigma and WHAT A THRILL IT WOULD BE TO SEE HER LIVE AND OPEN THE SHOW SINGING "WE COULD BE LOVEEEEEEERS, EVEN JUST TWOOOOOOOONOIIIIYT!"