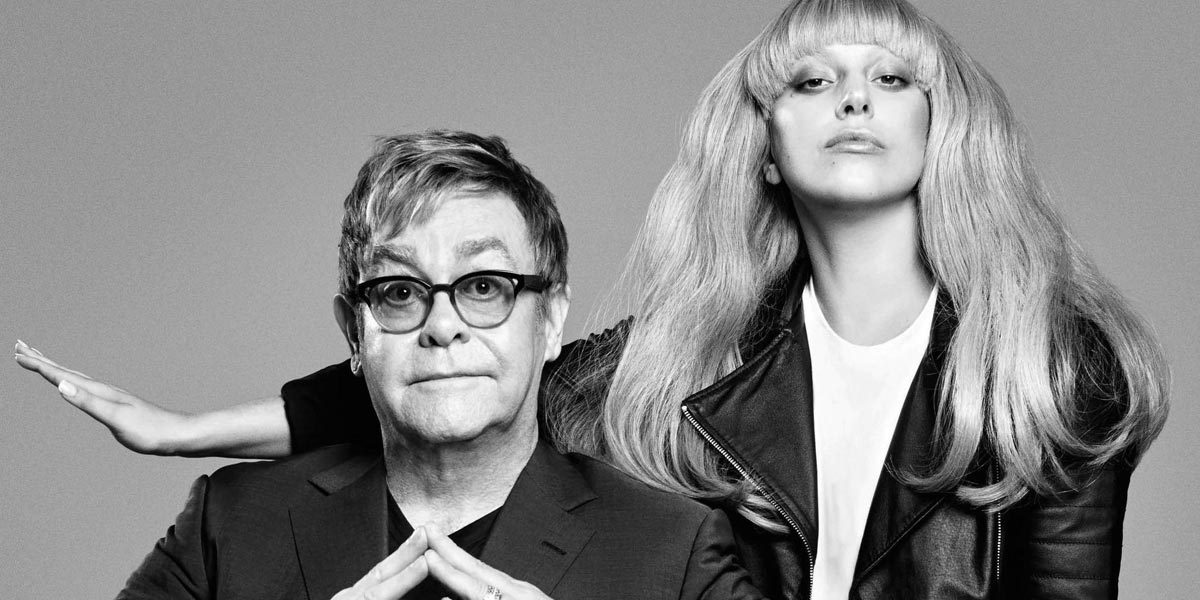 Elton John, who is one of Lady Gaga's closest friends, says she is going back to her early stuff with the new album. The legendary musician told Beats 1 radio that he'd heard two tracks from Gaga's upcoming yet-untitled album and revealed that he is working on the project as well.

"I'm writing with Gaga tomorrow, she's doing a new record," he told Zane Lowe. "I've heard two songs which are killer, they're just great songs, it's like back to the early stuff of hers: 'Yoü and I' and the Bruce Springsteen 'Bad Romance.'"

"She made some bad career decisions, ARTPOP was not a good idea, it was not a good album, I think she will admit that," he continued. "In the midst of that, last year, he did three things which were kind of amazing. She did the whole tour and the album with Tony Bennett, which did amazingly well. She sang the Julie Andrews tribute on the Oscars which everyone loved, and she was on American Horror Story.

"I think she's a great writer, to me she is Stefani Germanotta and I love her and care about her, she's the godmother of my two children. I want her to make a simple, fabulous, great song record. Maybe like Tapestry, but her version of Tapestry. I've heard two of the songs. They're not complex arrangements, but they're great songs. It's all about the song."

Monsters, how excited are you to hear the songs Elton was talking about? Do you agree with his words about ARTPOP? Sound off in the comments below!