Vulture ranks all of Gaga’s songs 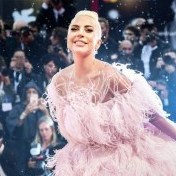 by monstertoronto
May 23 in Gaga Thoughts

New York magazine’s related website about culture, Vulture, published an article ranking all of Gaga’s songs. I actually agree with a lot of it.  Edit: to include more info for people who can’t open

I do think it’s a bit of a waste to have La Vie En Rose in the top 20. It’s a excellent cover and it served a great function in the movie and apparently in her real life. But I don’t know that it’s th