by Cello
Thursday at 12:15 PM in Gaga Thoughts

The poll answers are public btw 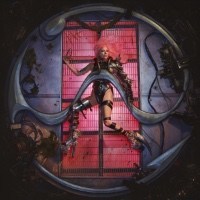 The Fame is a classic album and there’s not one skip.