by FfFfFfFF
April 15 in World News

In the heart of a gargantuan galaxy 55 million light-years away, a black hole with the heft of 6.5 billion suns is hurling a fountain of matter into the cosmos at near light-speed. Using an array call

Next time, please ask me for consent before publishing my pictures.... my hole feels exposed 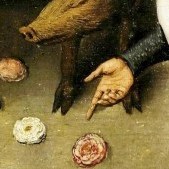 Take me there, I want to jump in it