Starstruck, Paper Gangsta, I Like It Rough, Disco Heaven 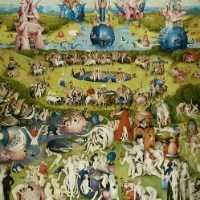 The original tracklist and artwork, used for advance copies and registered for ISRC, went as follows: 1. Just Dance 2. LoveGame 3. Eh, Eh (Nothing Else I Can Say) 4. Money Honey 5. I don't think they were meant to stay unreleased, rather they were pushed aside and given a bonus track treatment in some regions. Back in those days it was common to include different bonus tracks in