The Sun: Gaga in talks for a new Vegas contract 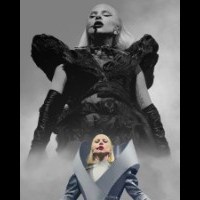 by sara57
September 20 in News and Events

https://www.thesun.co.uk/tvandshowbiz/19865870/lady-gaga-second-las-vegas-residency-2023/ The Sun can reveal the Bad Romance singer is deep in talks to return to Las Vegas for a second residency.

I hope she gives it another name and a complete rebrand. 'REPLAY' would be kinda cool and a nod to it being hit-heavy. It could tell the same story as TCB: her journey from pain to healing. The inevit