Anyone else have parents that Stan Gaga?

by AmberARTPOP
August 6 in Gaga Thoughts

Just thought everyone should read these iconic texts I received from my mom last night  EDIT: Wanted to clarify, As much as I love my mom and Gaga, I do not think of her as a god 💀 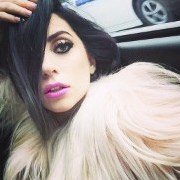 I wish, my entire family would never  I dragged my sister to Chromatica Ball just so I'd get to see it a second time. She wasn't that into it and caught Covid

My mom still thinks that Gaga is the devil