by BUtterfield 8
September 22 in World News 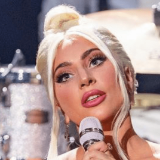 This reminds me of people saying not to talk about gun control right after a mass shooting. imo it's the perfect time to talk about it because it has a lot of media attention and people are more likel

“The way this story captivated the nation,” Reid told her viewers, “has many wondering why not the same media attention when people of color go missing? Well, the answer actually has a name: Missing W

She’s not wrong but this definitely isn’t the right time to say anything. At all. It’s tasteless to make remarks about this rn. We should focus on finding her ex/killer. Have the conversation after.