by Meat
January 20 in News and Events

With the avant-garde album in 2013, Gaga sought to unite the pop and art worlds through electronic-inspired music and a Jeff Koons-crafted album coverjuxtaposing a nude sculpture of herself against Sa 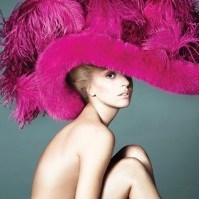 This part  Unfortunately, releasing a sequel is a complex equation of record-label logistics, according to DJ White Shadow, who has been one of the album’s most vocal supporters. “It’s literally