10 facts about you when it comes to Gaga 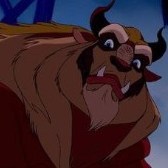 1. I didn’t become a fan until I saw A Star is Born. 2. I saw ASIB and HOG five times in the theater. I’ll likely see Joker 2 the same amount….even though I probably won’t like it as much. 3