Adele stands by decision to postpone her residency: It wasn’t good enough

by Teletubby
July 3 in Entertainment News

I'm sorry but this isn't just about something simple like a $15 album that they got refunded and won't have mailed to them right away. This is about people who spent thousands of dollars in order to t 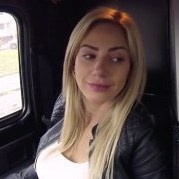 It is a pity that she didn't think about all the people who were booking tickets, planning the trip and lost a lot of money.

How unready can an Adele show be? Honestly, it's not like she has choreo, set design, moving props etc to worry about. Her live performances have been very simplistic with a tiny bit of set desig