Russia will respond to Finland with ”surprise”

by CyberRaga
May 18 in World News

Finland seems to have learned nothing what happens with countries that want to join NATO and border Russia and will soon face the same fate as them, I hope someone sues the politicians who opted for p 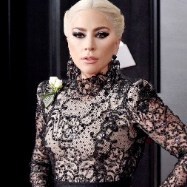 Wow, probably the most uniformed post I have read today. Russia didn’t invade Ukraine because of NATO… Jesus. Do you also think Ukraine is insalving their citizens because they are all Nazis?

You know Putin just used that "NATO expansion" thing as an excuse, right? Then it was "Ukraine is run by nazis" or some crap. If Putin (or whatever fool that replaces him if that coup is real) wa