by itsdominik
January 22 in Chromatica Ball

Assuming the Chromatica Ball Tour finally comes to life this summer *let’s pray*…which songs do you think Gaga will open and close the show with?   To me the most logical scenario would be C

I can't see anything else than Alice to open, it's just logical. I'd love her to reproduce the album cover somehow and get through a portal to enter the world of Chromatica. Imagine an intro video whe 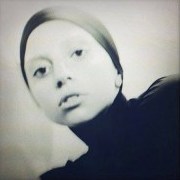