Why I think Gaga and Tony will win AOTY

Nah, I'm not smoking crack but thanks for asking  I think it IS cool that a pop icon at Gaga's level, who is getting Oscar buzz on the heals of only her second film role, created a carefully cura 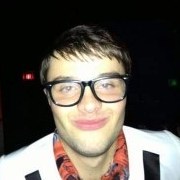 I weirdly agree. Something in the air tells me that Gaga and Tony are gonna win. So ironic. But it makes sense too.    I thought she would win AOTY for The Fame Monster, then definitely Born Th

I agree with you, but I low-key hope she doesn't win album of the year because then we'll have to endure months of Lil Nas X, Olivia Rodrigo and Taylor Swift stans dragging her (and us ) to the pits o