Adam Levine annoyed after fan tried to hug him during concert

by Teletubby
October 26 in Entertainment News 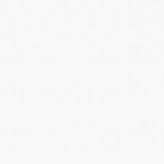 Delete this picture before Floyd Mayweather sees it

Neither can I my mood swings in the last few days are really vicious.