Complex: Albums Are Getting Too Long

by BUtterfield 8
August 2 in Entertainment News 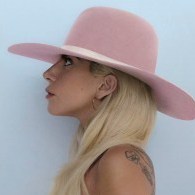 i personally think they’re getting too short. i loved the 14-16 track albums we had 10 years ago. duration of song isn’t the biggest deal to me, but i love having a variety of songs from a body of wor Since when are albums getting too long, if anything songs and albums are shorter than ever at the moment because of streaming.