by Teletubby
August 1 in Entertainment News

Has he been living under a rock? What a fvcking joke, he probably knew what it meant but didn't care until somebody called him out on it. Admitting that you haven't used the F word for a few mont

Matt Damon says he just recently stopped using the homophobic f-word slur  He says he put the f-word away for good in recent months, explaining he didn't think of it much as a slur when he was gr 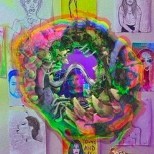 Yes and past generations thought segregation was a good idea too and it was normalized. Growth is key, good for him I guess 🙃🙃🙃