How often do you listen to Gaga? 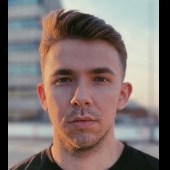 by domixwodix
May 4 in Gaga Thoughts

I‘ve seen so many replies in some threads from people, like "haven‘t listened to Enigma for a couple months" or "it‘s been years since i last listened to Joanne" and it made me wonder to be

The funny thing about it is, that none of the songs sound old to me like if i‘d listen to some black eyed pease songs from 2009, when Poker Face came out, nostalgia would hit me hard but whe