Never-before-seen Madonna photos: The Queen of Pop, In All Her Glory 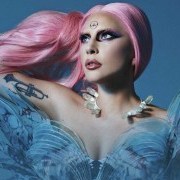 by vixdean
January 27 in Entertainment News