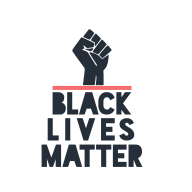 by PoetsTryinWrite
October 15, 2020 in World News

Lmao what the hell is your problem? Wear a mask.

They test the mothers anyways to make sure they don’t have it, and they do that as well with everyone in the room so I don’t see the point in the mother having to wear a mask But I see what you’r

French women in uproar as they're forced to wear masks during LABOR  leaving them vomiting and unable to breathe - as doctors threaten to leave them to give birth alone if they refuse. Women in F