If I had my guess, they’ll get rid of the burst and make that a single version. Putting in the 40 seconds of chromatica II makes absolutely no sense for a single. People would turn that ish off. It wo

I'm still confused, 911 is being called in all ads as the next single, but lady gaga herself hasn't confirmed it yet - the song is already being added to the playlists and her team hasn't created a co 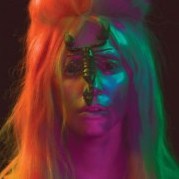 I think if they started at the part where the pole lights up in the VMAs with an electric guitar, then do the buildup Into the song it would be good. Like only 10 seconds of C2 and you get the transit