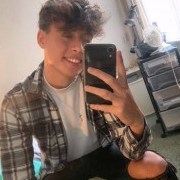 by DutchHooker
September 16, 2020 in News and Events

She really cares about this kindness and mental health stuff so much. She's not being fake when she makes posts about it. I wish some fans wouldn't be rude about it. If you don't like it just be quiet

She looks fabulous, but the bigger takeaway for me is the reminder of how human Gaga is. We already knew about her struggles, but I feel that people often forget and end up treating her like a superhu