Coca-Cola with coffee hits stores next year in US

by EuphoricVibez
August 1, 2020 in World News

"Coca-Cola said Friday that it will debut a new Coke with coffee drink in stores in the United States in January to broaden its beverage lineup. "Coca-Cola (KO) With Coffee" will combine regular 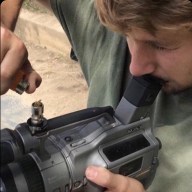 They can put coffee in their coke, but haven’t made the effort to put cocaine back in it? Losers.

Unless they are just adding flavour...   But if not... Imma be like