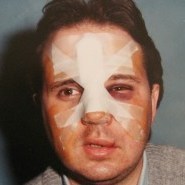 25 Reasons to Support Joe Biden.... that Have Nothing to do With Hating Trump Reason 1: Biden’s Tax Plan Biden’s unapologetic liberal tax plan would nearly double the tax rate for nonworking

him not being Trump is enough for me

One of the reasons being “he is a man of character” like bitch please,    Yes we’re gonna support him, but only because Trump is worse. THATS IT. That’s all he has to stand on. It’s literall