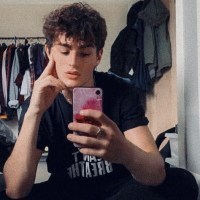 He deserved to be cancelled. Laughing at a baby dying from sexual assault? Pretending to wank over Willow Smith when she was like 13? Blackface?    Deserved. Sicko. Anyone defending those actions also deserve "cancelling".
Featured by FATCAT