Tony Bennett: New album with Lady Gaga out this year 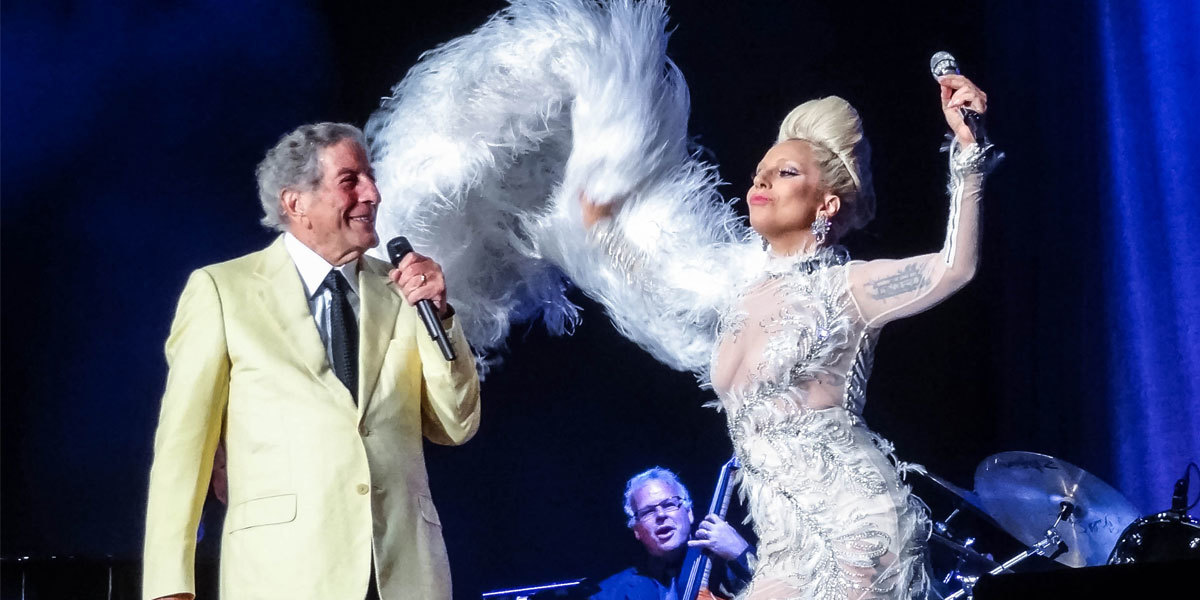 A new Lady Gaga and Tony Bennett album is coming sooner than you expected! During a show in Idaho, the 89-year-old jazz legend announced that a follow-up to their 2014 smash collaboration will be out later this year. Tony added that the record will be released to celebrate his 90th birthday, which is in August.

Last year, Bennett told Vulture that the upcoming collaboration will be a collection of all Cole Porter-penned standards. "We're doing an album. It's going to be all Cole Porter songs," he said. "He was the best writer of all of them in the Great American Songbook. Highly intelligent. We're going to have a lot of fun doing that."

But the new jazz album is not the only new music Gaga is working on at the moment. Mother Monster is also busy recording a brand new pop album, which is due out in 2016 as well.

"I love balancing jazz and pop, I basically have multiple personalities anyway (shocking reveal!) so that rebellious and extreme side of me loves to go back and forth, I never get bored," Gaga said in an exclusive Q&A with Gaga Daily. "Somedays I feel quiet, others I need to rage. Those parts of me will always be there, it's my two-toned soul. Cheek to Cheek will not be my last jazz album, and ARTPOP was not my last pop album. I have many years ahead of me to make music and I feel stronger than ever, like I did when I first moved to Hollywood to make it. I'm a fighter again. Put me in the ring. Ring the bell, I'm ready life!"

Monsters, do you think we'll hear LG5 or C3C first? Share your thoughts in the comments!