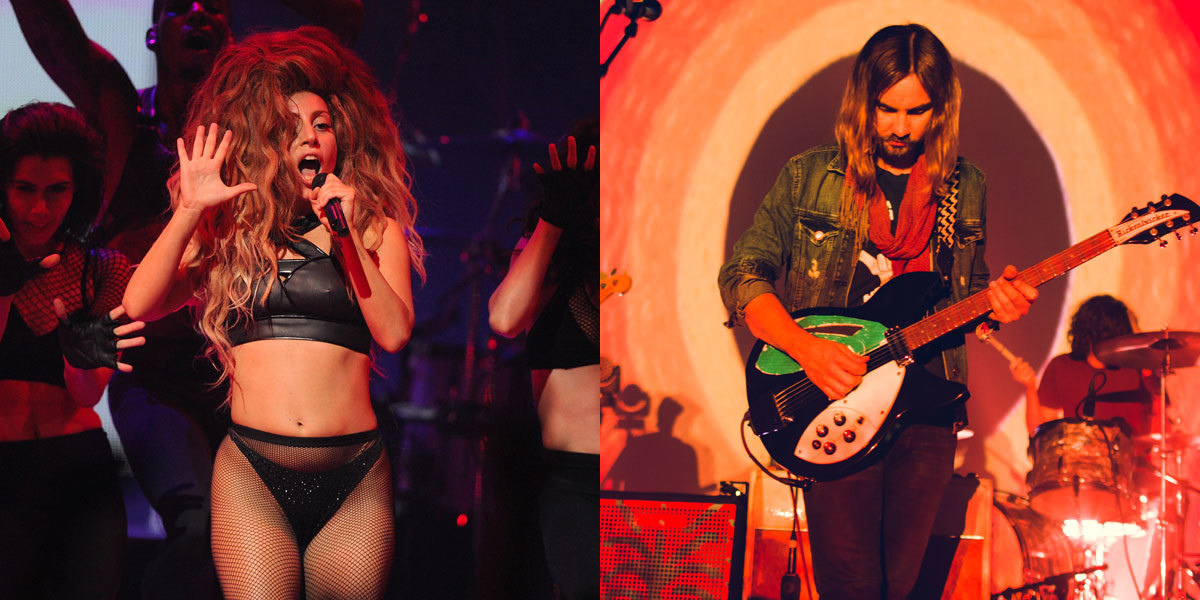 Lady Gaga's upcoming album might feature an unexpected collaboration with Australian psychedelic musician Kevin Parker, according to a new picture posted on Instagram.

British hitmaker Mark Ronson, who is producing Gaga's new record, shared a photo showing Gaga and the Tame Impala frontman working behind a keyboard. Also in the picture is producer Bloodpop, who recently scored a U.S. number one single with Justin Bieber's "Sorry" that he co-produced with Skrillex. Ronson captioned the photo writing simply, "Illusion" which fans believe could be a hint at a track title.

Ronson has been working on Gaga's yet-untitled album since November. In a recent interview with Charlie Rose he revealed that the record they are making is "very honest, authentic, analog."

"I've been working for the past few months with Lady Gaga on her upcoming record and I'm just blown away by her talent, her voice," he said. "She's a Muso at heart. She's the happiest when she's sitting at a piano barking orders at the drummer, and I don't think that's the side of her the world has seen. They've seen the massive pop singles, tours, and dance numbers, so it's really great to make this very honest, authentic, analog kind of record with her."

Lady Gaga's new music is scheduled for a Q3 release.