Must-Watch: Lady Gaga Opens Up to Oprah About Mental Health 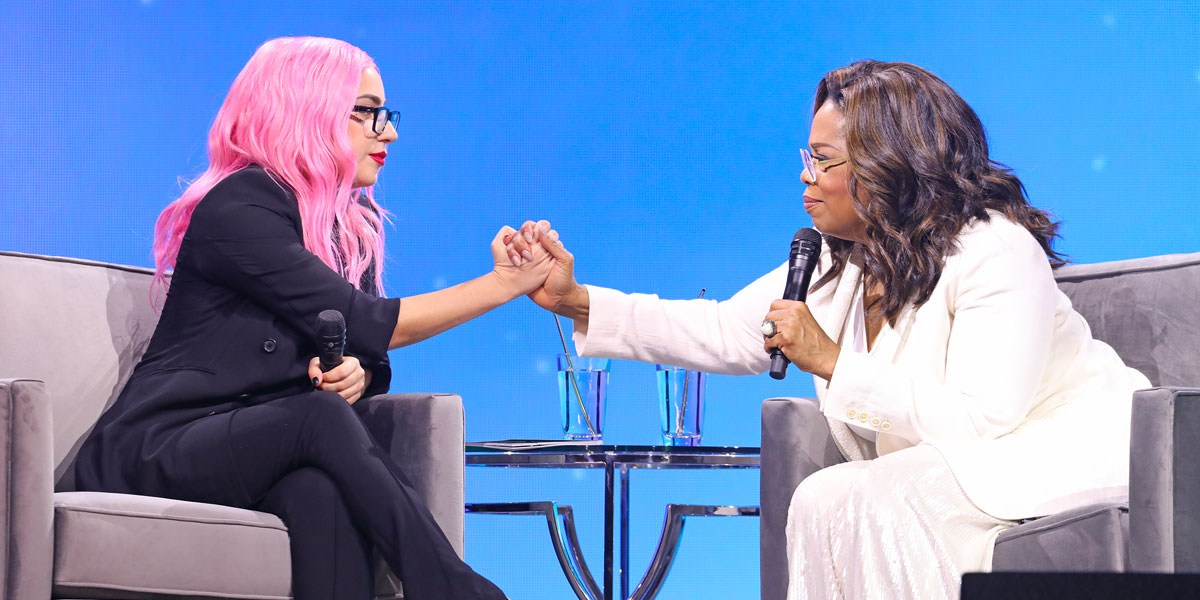 Lady Gaga was the first star to grace Oprah Winfrey’s national tour, 2020 Vision: Your Life in Focus in Fort Lauderdale on Saturday. Gaga candidly chatted about the specifics of her current mental health, medication, and self-care regimen during the interview, which brought both Gaga and Oprah to tears. Watch the hour-long conversation or read excerpts from it below.

On what helps her get through the pain:
I know that this is controversial in a lot of ways, but medicine really helped me. And I think a lot of people are afraid of medicine for their brains to help them. And I really want to just erase the stigma around this because I am sick of saying it over and over and  over again. And what moves me so much in this space, and why I want to work so heavily and much more thoroughly through it in the future, is that not everybody has access to these things. And not everybody has the money for these things. And I want the money for it, I want the best doctors in the world, and I want us to understand the brain and all get on the same page about it so that Gen Z does not have to deal with this the way that we are right now. Mental health is a crisis.

On whether she is working on new music:
I still am going to make music. Don't worry.