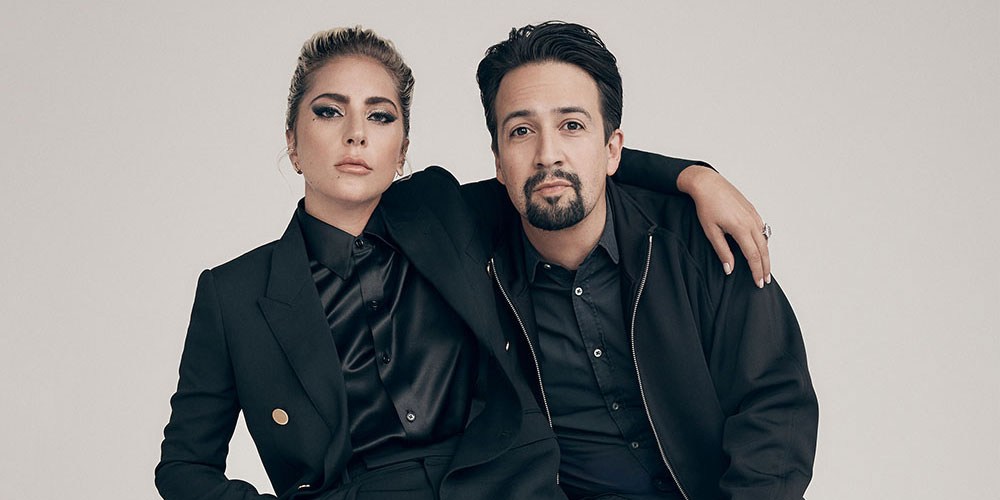 Lady Gaga sat down with actor and composer Lin-Manuel Miranda for a chat for Variety’s Actors on Actors. The two talked about Gaga's big screen debut A Star Is Born, Mary Poppins, Broadway, and more. Watch Gaga and Miranda's talk or read experts from the interview below...

On how acting in A Star Is Born was different from what she'd done before:
Looking back on my career, I created all these characters for each of my albums, because I was not an actress. I created the star of my own movie, and that was it. When I have created characters on my own through my music, I have complete control. When you’re dealing with a script, costume department, props department, set design, lighting and producers, you have to collaborate with other people.

On how she uses social media:
What I have found with Twitter is it's this awesome thing we can use, and it's also a toilet. It can be totally dangerous, so the more that we stick together and promote good things happening in the world... I usually don’t like to do this because I feel like when you do charity work, having a camera crew with you—it's the Catholic in me—it's not selfless. But since the California fires, I went to a shelter. The first time I went, I took photos with people that were there that wanted them. The second time that I went, I was like, "I'm going to post about this because I want people to know that it’s important to do kind things." I just want to always be on the side of kindness.

On whether she would write or star in a Broadway musical:
I love Broadway. I've always been a theater lover. I would absolutely do Broadway. You know why I know I can do it? Because for many years record executives told me I was "too theater." That's all they told me. I was just sitting there, going "What's wrong with loving theater? Didn't Freddie Mercury love theater?" I love theater, I thought theatrics in music was beautiful."