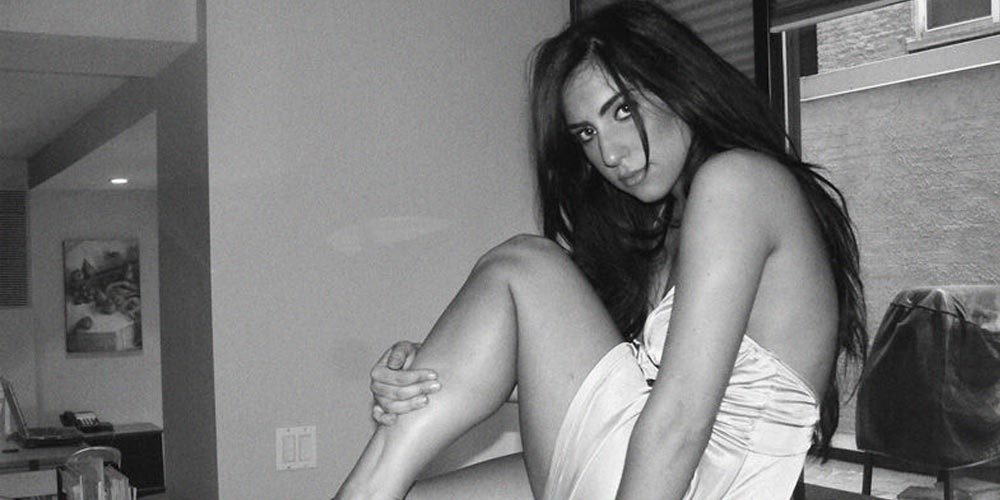 Did you know that at 18 years old, Lady Gaga, then Stefani Germanotta, had a Facebook hate page about her? In a new essay, published by Public Radio International's Lauren Bohn, it is revealed that Stefani, who now has six Grammys, a Golden Globe, and is among the top-selling musicians of all time, used to have a Facebook group dedicated to saying she'd never be a star.

"When I was a freshman at NYU and Facebook was only a year old and people created/joined groups like 'I have dimples' and 'Fake ID, please!,' I remember coming across a Facebook group that broke my heart," Bohn wrote. "It's name, something like: 'Stefani Germanotta, you will never be famous.' 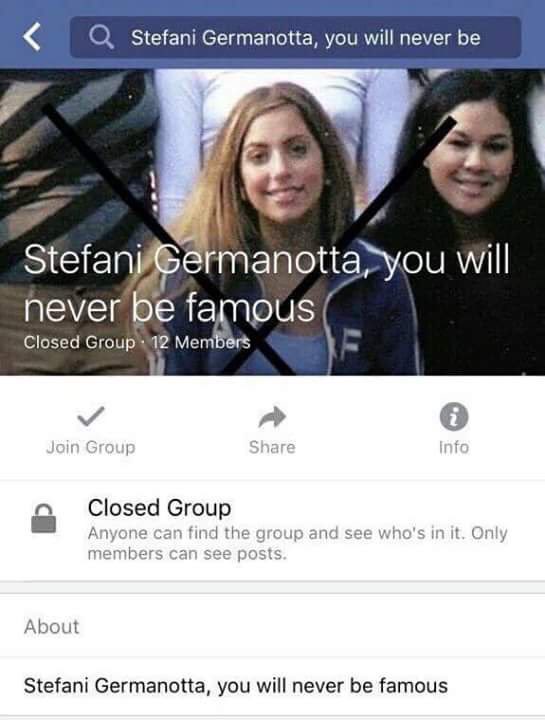 "The page housed pictures of a pretty Norah Jones-esque young 18-year-old NYU student who sang and played piano at local bars. The group was peppered with comments, sharp as porcupine needles, vilifying the aspiring musician for being an 'attention w----e.' Scores asked: 'Who does she think she is?' I also remember one dude posting a flyer for one of her upcoming gigs at a local village bar. He had clearly stomped on the flyer, an outline of his muddy sole [soul] struggling to eclipse her name.

"I couldn't shake the raw feeling of filth while scrolling down that Facebook page, but I pretty much — and quickly — forgot about that group and that girl with the intense raven eyes. Until about five years later. I was on an Amtrak train from NYC to Philly, reading a Vanessa Grigoriadis New York Magazine profile on Lady Gaga. I floated somewhat mindlessly through the piece until I got to the first sentence of the second graf: 'Before the meeting, I assumed that someone with a stage name like 'Lady' (her given name is Stefani Joanne Germanotta) was going to be a bit standoffish...' HOLY S---, I screamed to an empty car (Those who hang with me will know that I actually shrieked). LADY GAGA IS STEFANI GERMANOTTA? STEFANI IS LADY GAGA?

"I was overcome with a dizzying emotional cocktail of stage-mom-at-a-beauty-pageant and nerd-revenge triumph. But also shame. Shame that I never wrote on that group, shame that I never defended the girl with the intense raven eyes — the girl whose brave flyers were stomped on, probably somewhere near my dorm."

In 2015, Gaga dedicated a part of her Woman of the Year speech to her haters as she accepted the award at Billboard's "Women in Music" event in New York City. "I'd like to say thank you to everyone that didn't believe in me," she said. "Because there was a lot of people. Probably more than believed, and you gave me a fire in my belly so strong I couldn't wait to prove you wrong, I'll tell you. 'Cause I might not be a lot of things, but I can write songs, and I can sing."