by Supersonic
November 23, 2022 in Entertainment News 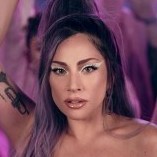