Britney shares heartbreaking post about her relationship with her children

My heart breaks for her. -Believes the situation about her children should have been kept private and not broadcast on TV. -She said it is hard to let go of things she truly loves, like her

For anyone saying this is “too much” k-fed and her kids are gonna be publicly talking about this in a documentary. She has the right to say this just as much as they do. 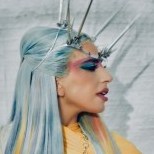 I understand her frustrations but publicly blasting your kids on insta isn’t gonna help this situation at all. Wish her the best but this wasn’t the best way to go about it