by Sandrology
May 20 in Gaga Thoughts 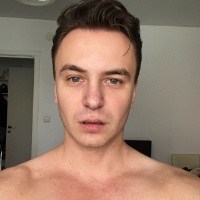 Dear Monsters,  this is a Topic not to hate on Gaga or her team, but just my opinion so please keep the comments respectful to each other.  personally I'm happy about new Gaga content but th

If she wasn't pro-military she wouldn't have done that ultra Americana flag shtick at the superbowl.. twice. Literally.  America is a system for military recruitment wherever you turn. Team sport