USE CODE BLACKFRIDAY TO GET 20% OFF EVERYTHING
other

This topic is now closed to further replies.
Share
Followers 13 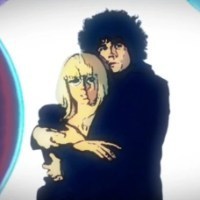