by TheSlash
September 26 in World News

Please don't vote for AfD or CDU. Even if you don't like the Greens, Annalena is right that CDU stands for continuing the way it was all of the 16 years before. And I think we don't have to talk about ekelhAfD
Featured by Yennefer Stark 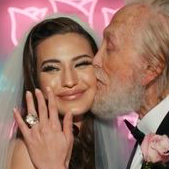 Well he flopped at his voting booth, folding his ballot the wrong way so everyone could see what he voted for - which breaks the rules. At least he voted for himself, but chile Other than t

Voted just a few minutes ago!