Who is the Queen of the Gays?

by flyaway
June 11 in Entertainment Talk 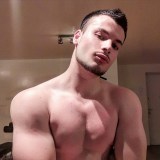 These are the queens of the gays from different times! It started with Judy and Barbara, was passed on to Cher, then Madonna and Janet, then Kylie, and finally Gaga