I don't think most artists have such a disdain for whoever it is that holds their masters, like Taylor does for Scooter. For this reason, I don't think Fearless (Taylor's Version) will start a trend. 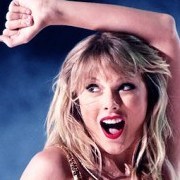 I would hope so, but Taylor has written all of her songs and that's why she doesn't receive a lot of backlash. Imagine someone like Britney, Beyonce or Ariana that has a loooot of writers and are at b

No. Most will just buy their masters if they care enough, but Taylor wasn't allowed AND she really hates Scooter Braun so I think that was what really annoyed her was that Scooter Braun would make mon