Did people genuinely think the era was over? 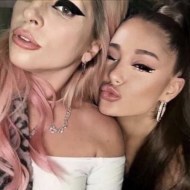 You know how dramatic this fanbase is

You guys literally make zero sense. She's literally gonna talk about the album every Friday this month and the process of making it and that's not enough for you guys to think that the era is slo

When she delayed the album some people were legitimately saying she was going to scrap the album, even though she already had the lead single out. You know this fanbase