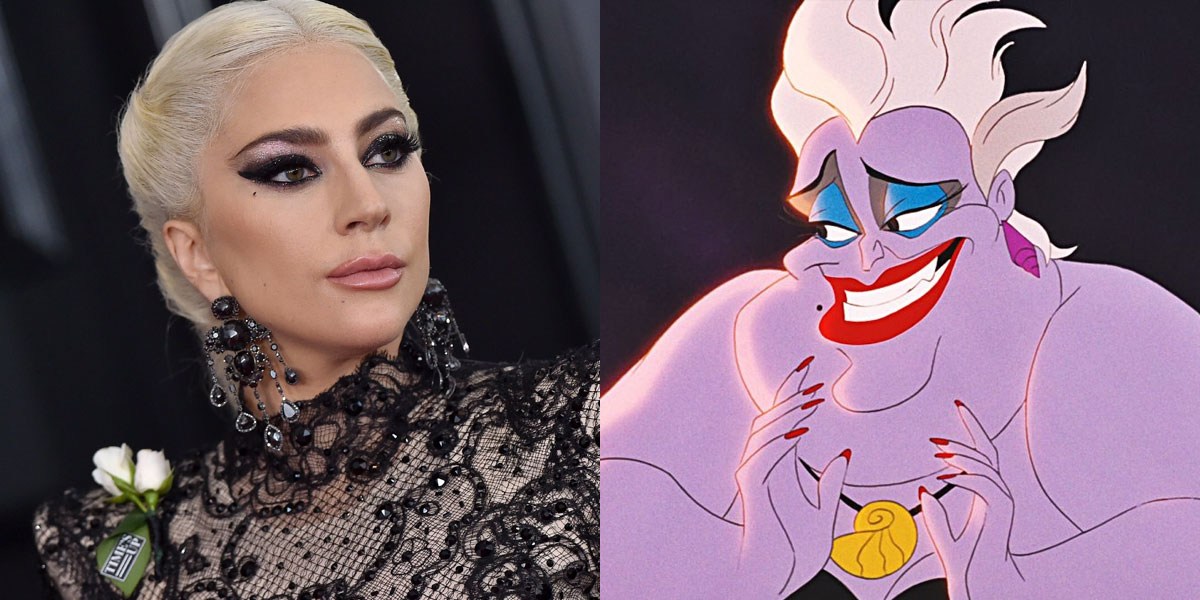 Lady Gaga is receiving universal praise for her performance in A Star Is Born from fans and critics alike, and now it looks like Disney might be eyeing her for another major role in the live-action remake of The Little Mermaid.

According to a report from The Disinsider, Gaga is high on Disney's wish list for a part in the film, most likely in the role of the notorious villain Ursula, who steals Ariel's voice as part of her plan to rule the ocean.

The news comes just days after the premiere of Gaga big screen debut A Star Is Born, which opened with a massive $43 million and is enjoying overwhelmingly positive responses from fans, critics and celebrities, including Disney CEO Bob Iger. "Congrats to Bradley Cooper and Lady Gaga on a fine performance in a wonderful film," he tweeted. "Classic story, great new music. Loved it!"

"As soon as I saw Bob Iger's tweet about A Star Is Born, considering Disney's upcoming slate, I could see that he is likely thinking of Lady Gaga for Ursula," film critic Grace Randolph of Beyond the Trailer told Gaga Daily. "I think Gaga is ready for the scrutiny that a Disney live action adaptation entails. I also feel with her strong ties to the LGBT and drag community, she'd be an excellent compromise for the role of Ursula. And while I understand many had hoped to see a drag queen cast in the role, I'm sure The Little Mermaid will have important representation in other ways, from potentially an Ariel of color to perhaps another LGBT character."

Rob Marshall (Chicago) is attached to direct the film, and Zendaya is rumored to be in talks to play Ariel, but no official announcements have been made.