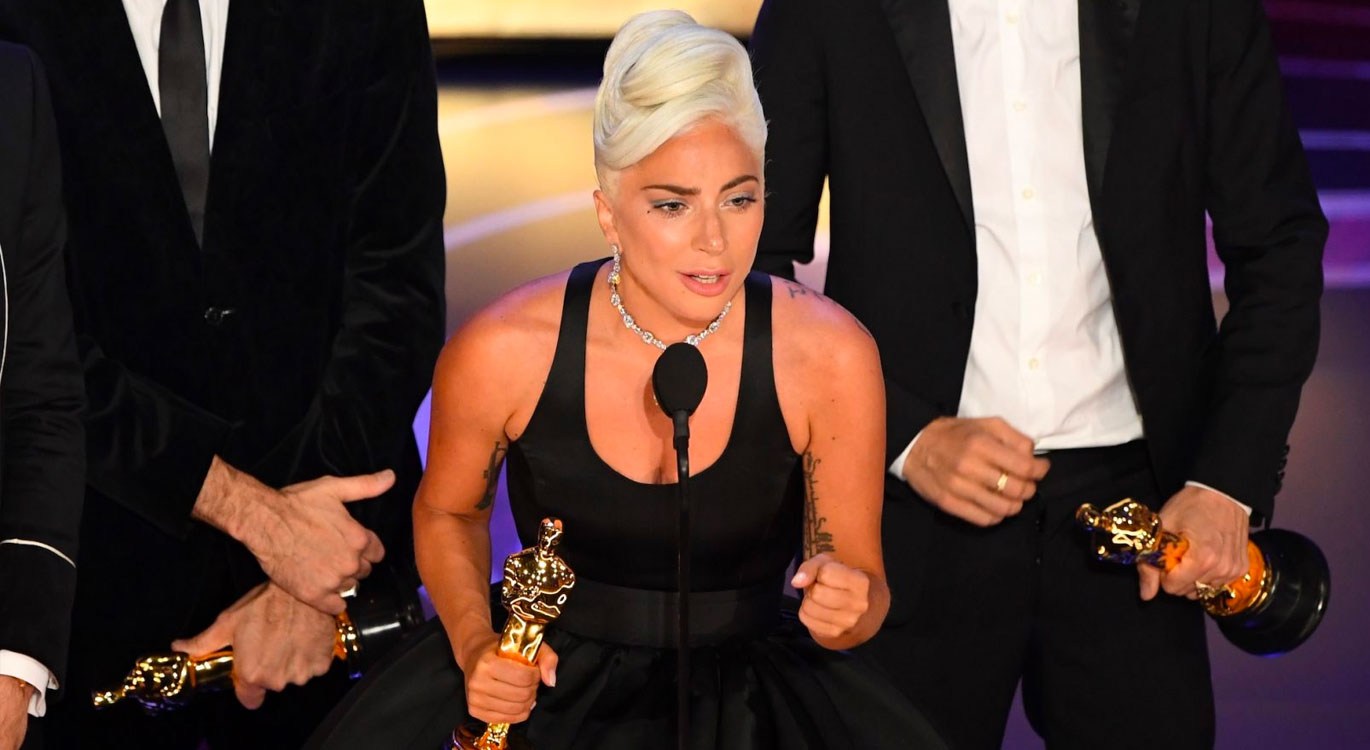 Lady Gaga can add another major accolade to her list of achievements as she took home the gold for Best Original Song at the 91st Academy Awards on Sunday night. Gaga walked away with her first Oscar for her song "Shallow," which she co-wrote with Mark Ronson, Andrew Wyatt, and Anthony Rossomando.

"Thank you so much to the Academy for this wonderful honor," Gaga said as she accepted her award. She thanked Bradley Cooper, her co-writers, and her sister Natali, adding: "If you are at home, and you're sitting on your couch and you are watching this right now, all I have to say is that this is hard work. And it's not about winning. What it's about is not giving up. If you have a dream, fight for it. It's about discipline over passion. And it's not about how many time you get rejected or you fall down or you’re beaten up, it's about how many times you stand up and are brave and keep on going."

"Shallow" was released as the lead single from A Star Is Born in October and went on to become one of the biggest hits Lady Gaga's career, topping charts all over the world and earning two Grammy Awards and a Golden Globe.