Madonna: I have graduated from the University of Zero F Given 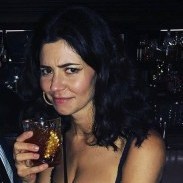 by Bubblegum Bitch
May 23, 2020 in Entertainment News