The Fame music videos uploaded to 1080p on Youtube 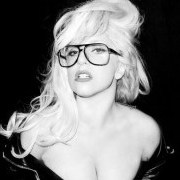