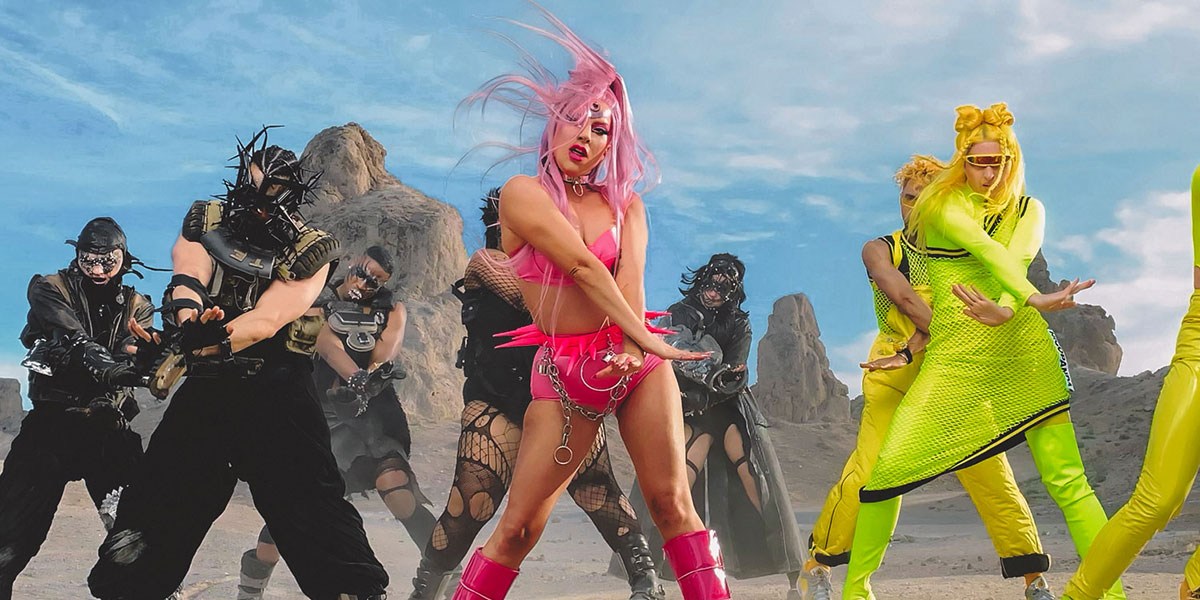 Lady Gaga called into Zane Lowe's Beats 1 show to talk about her brand new single "Stupid Love," as well as her upcoming album and more.

Listen to Gaga talk or check out highlights from the interview below:

On the sound of her new album:
"We are definitely dancing… I put all my heart, all my pain, all my messages from the other realm that I hear of… what they tell me to tell the world and I put it into music that I believe to be so fun and you know, energetically really pure. I want people to dance and feel happy. I would like to put out music that a big chunk of the world will hear, and it will become a part of their daily lives and make them happy every single day."

On the process of making her new album:
"We made a lot of the record in my studio house. So I have a house where it's Frank Zappa's old studio, it's a live room, it's a big studio, it's beautiful. And I would be upstairs on the porch, outside the kitchen, and Bloodpop would come up and he'd go, 'Okay, come on, that's enough, off the porch,' and I would cry and I would say, 'I'm miserable, I'm sad, I’m depressed,' and he'd go, 'I know, and we're gonna go make some music now. And then I'd go downstairs and I would write. This album is such a display of not only how you can reframe the way that you view the world, but I promise and I hope, that the love that was around me in the process of making this album is something that other people feel, that they know that artistically, like, you know how producers are, if one guy’s working on it, or one girl’s working on it, they don’t want anyone else to work on it, they don’t wanna share, they, everybody gets cocky, there was none of that. These records got passed around to so many different people, there were so many different iterations of these songs because we all wanted it to be perfect and literally nobody cared who put their fingerprints on it, as long as it was the dopest thing that we could give to the world and that it was meaningful, authentic, and completely me."

On working with Max Martin for the first time on "Stupid Love":
"He's an amazing producer. I've never worked with him, I've always sort of gone, 'I write my own music, I produce myself, I don't need to work with Max, right?' And I decided to stop being an asshole, meet him at least, you know? Basically, I sang over a track that Bloodpop made. We sent over what I sang to Max, Max picked some parts out, sent it back to me, and then I wrote lyrics and used some of the melody that he chose that he sent back to me and I kind of spliced it all together and then I went to his studio, and sat down at a piano and I played 'Stupid Love' on a piano with chords. And I looked at him and I said, 'That's what I've got for you,' and to me, this song can only stand on it’s two feet, even with a great track, if you can play it on a piano and it still sounds like a hit. And he was-he was like, I love it, get in the booth. I warmed up my voice, got in the booth, I sang it, and what you’re hearing on 'Stupid Love' is what we did that day."