Lady Gaga Honored At National Board of Review Gala 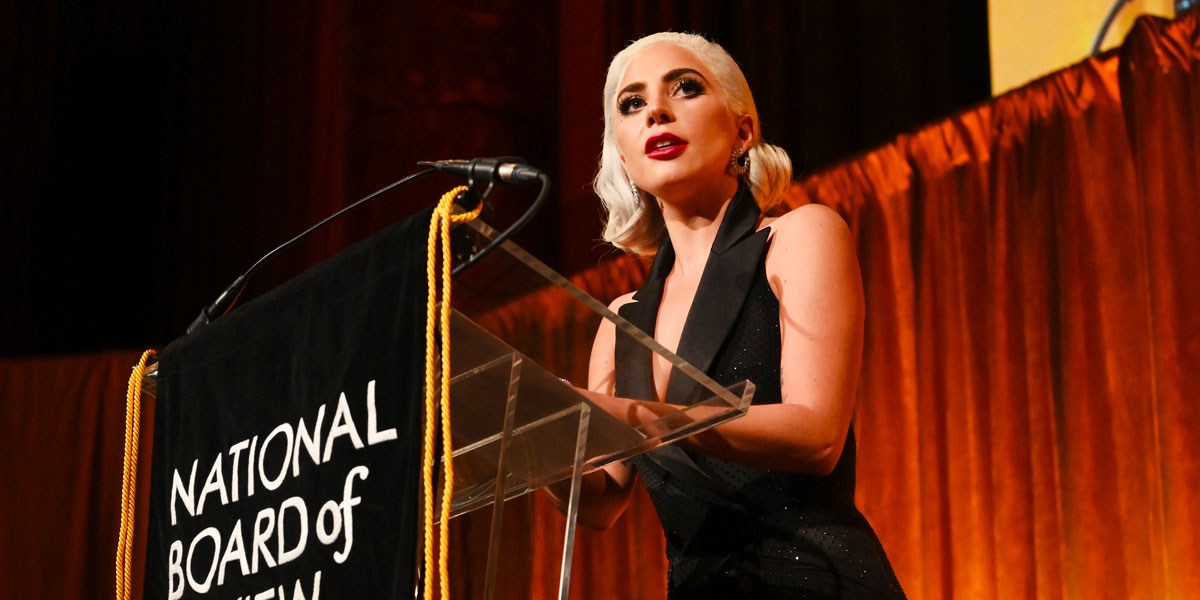 Introduced by Stephen Colbert, who joked that he was "so grateful to be here, partly because being here means I got to miss the president's stupid speech at 9 o''clock," Gaga gave an inspiring 13-minute speech, in which she opened up about becoming Ally and thanked Bradley Cooper for making filming A Star Is Born an unforgettable experience.

"I don’t look back on this experience as filming a movie," Gaga told the star-studded audience. "We became two people who were not us, and lived and breathed as them for a moment in time that I will never forget."

She added: "Ally was all the things I was not when I went out into the world and decided to pursue my dreams. I had to reflect on an earlier time in my life, in high school and earlier when I was bullied. I felt unheard. I was traumatized by people telling me over and over again that I wasn't and could never become who I dreamed of becoming."

Watch Lady Gaga's acceptance speech at the 2019 National Board of Review awards gala below...