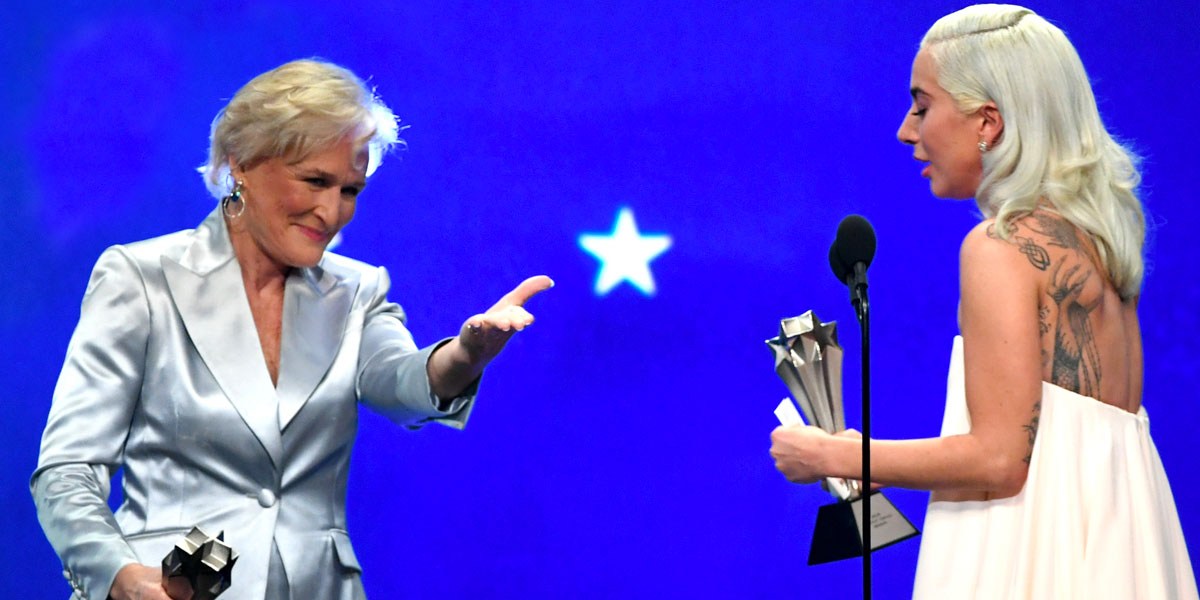 The 2019 Critics' Choice Awards took an unexpected turn when the award for Best Actress went to not one, but two women. Lady Gaga and Glenn Close, who are also the favorites to win the acting Oscar, tied to take home the award for their roles in A Star Is Born and The Wife.

"I am so honored by this," Gaga said in her speech. "I went to place in my mind and in my heart that I didn't know existed. This is a tremendous honor, I feel recognized not just for my performance but for the inner work it took in the creation of this character."

The actress also thanked her co-star and director Bradley Cooper for being a "magical filmmaker and just as magical human being."

"I have never had an experience with a director or an actor like I had with you, and I will cherish it forever," she said. "You seamlessly were both the love of my life and the man behind the camera."

IT'S A TIE! Lady Gaga and Glenn Close both win Best Actress at #CriticsChoiceAwards pic.twitter.com/5YxG3g6ZZ9