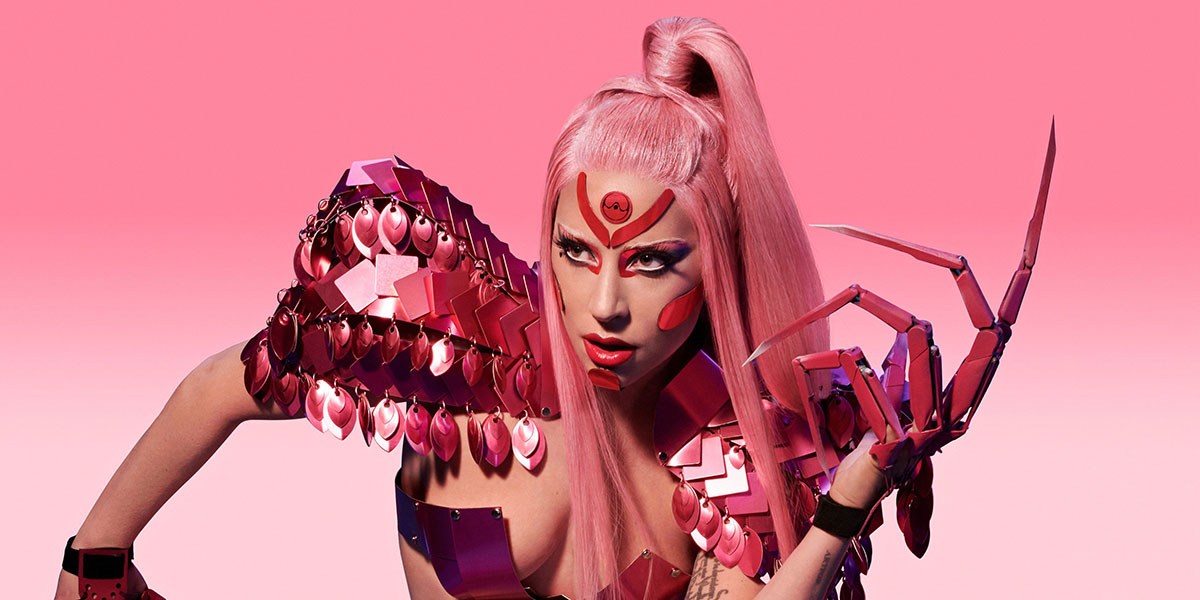 Lady Gaga has announced that she will release her new album Chromatica on April 10. The record is executive-produced by Gaga and Bloodpop, and will include 16 tracks, among which is the newly-released "Stupid Love."

Gaga also dropped a range of new merch, which includes t-shirts, hoodies, stickers and more. The merch was designed by Bryan Rivera, Travis Brothers, Darío Alva, and Isha Dipika Walia, who were also behind the "Stupid Love" artwork, and the cover for Chromatica, which will be revealed later this month.

"The symbol for Chromatica has a sine wave in it, which is the mathematical symbol for sound, and it's from what all sound is made from, and, for me, sound is what healed me in my life period, and it healed me again making this record, and that is really what Chromatica is all about," Gaga told Zane Lowe. "It's about healing and it’s about bravery as well and it’s really like, when we talk about love I think it’s so important to include the fact that it requires a ton of bravery to love someone."

She continued: "BloodPop brought it up, and we talked about how Chromatica was essentially on its own when you first look at it, it seems to be about colors and all the different colors and also music is made of a chromatic scale, you know? So it's all the colors, all the sounds, you know, so we, we're talking about inclusivity and life and also a lot of what we see around us and what we're experiencing is math, which is very much like music and and sound is math as well. So we talked about that, and then I sort of went back and I said, 'OK, well, yeah, it's inclusivity but it's really a way of thinking,' you know, it's not just, 'Oh, Chromatica, we're being inclusive with all the colors, all the people,' and when I say, 'All the colors, all the people'  I mean way more than we could possibly fathom.

"I think that we’re actually operating on a completely rudimentary level where we square things off into very simplified colors when actually we’re all extremely different in a vast variety of ways that stem from both, like, genetics as well as epigenetics, like, we're all completely different and I thought OK, well maybe, Chromatica is a frame of mind. And that is my frame of mind, and I don’t know that I've ever made an album that wasn't on Chromatica in some type of way, meaning like my frame of mind is always a part of my music, and this is just my way of kind of expressing, even in a both literal and abstract way, that, like, making music and putting it out into the world is my perspective on life, and it's also my gift to the world in the best way that I can, and I think that everyone on any given day is doing the absolute best that they can do, and this is my perspective, and here it is, and it's always been my perspective, but now I know that it was my perspective."