by Rifek
January 15 in News and Events 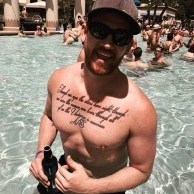 Regarding the hype bring "dead" - I have to disagree. The momentum for the song is still rolling - popular songs stay in public consciousness for many months. Sometimes a year or longer.  Also Ra

I heard it twice on z100 yesterday, which is the biggest top 40 station in New York. Felt so weird but so good to hear it on the radio! So far, I’ve heard Bloody Mary on z100 station 3 times!